The second annual GENI NICE event was held on Monday December 12, 2016 at the National Academy of Sciences in Irvine, CA.  The event, co-located with CoNEXT 2016, attracted 74 researchers and educators from academia, industry and government.  Noteworthy aspects of NICE 2016 include: 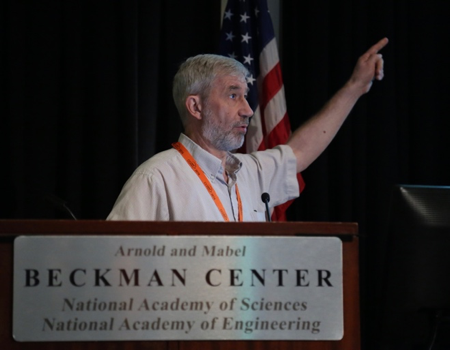 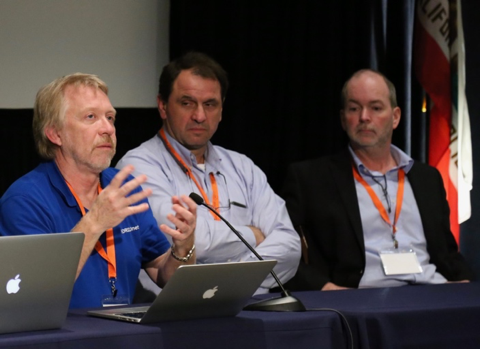 Ivan Seskar (Rutgers) and Jack Brassil (NSF) listen as Jerry Sobieski of NORDUnet describes the GÉANT Testbed Service (GTS) during the “What’s the right testbed for your experiment goals?” panel. 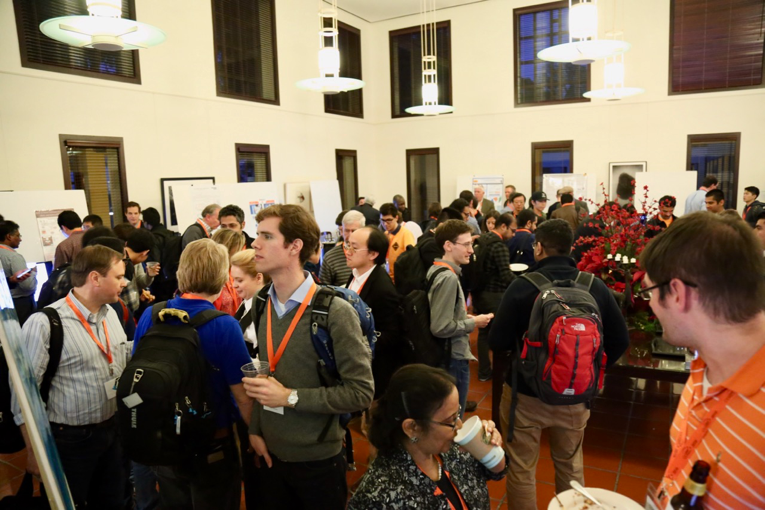 48 groups presented their research to NICE and CoNEXT participants in the evening demo and poster session.

The GENI NICE agenda included a panel on “What’s next for SDX research” organized by Russ Clark (Georgia Tech); a session on “Non-IP Experiments over GENI” organized by Nirmala Shenoy (RIT) and Abraham Matta (Boston University); and a session on “Applications and Services using the GENI Wireless Ecosystem” organized by Ivan Seskar (Rutgers University) and Abhimanyu Gosain (GENI Project Office).

Thanks to Abraham Matta (Boston University) and Violet Syrotiuk (Arizona State University) for   pulling together the technical program, and to the organizers of CoNEXT for ensuring GENI NICE needs for space, networking and audio-visual equipment were met.

A GENI Regional Workshop (GRW) was hosted by Kuang-Ching Wang of Clemson University.  The one and a half day workshop was held on Friday December 2 and Saturday December 3.  Attendees included 35 students, 4 faculty and a testbed administrator.

Friday morning of the GRW featured two keynote talks: Michael Reiter of the University of North Carolina at Chapel Hill spoke on how Project Silver is addressing security in cloud computing infrastructures, and James Griffieon of the University of Kentucky described an OpenFlow based Science DMZ deployed on his campus.  The attendees also heard from K-C Wang on how GENI transformed wired and wireless research projects led by him and others at Clemson by providing an infrastructure for exploration and validation by experimentation. 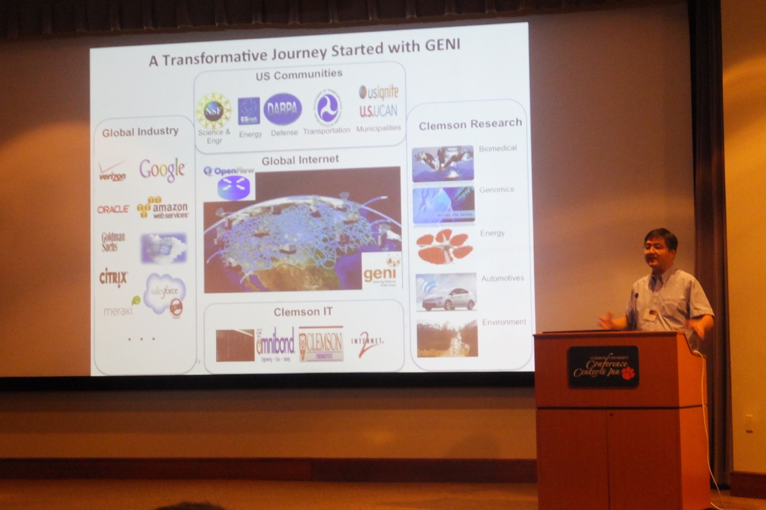 K-C Wang of Clemson University describes how his research was transformed by the GENI infrastructure.

The Friday afternoon and Saturday morning sessions consisted of two tracks with hands-on tutorials on Getting Started with GENI, CloudLab, Hadoop, OpenFlow, Network Function Virtualization, GENI Wireless and MobilityFirst.  Attendees were free to go between tracks and attend tutorials that matched their interests.

For more information on this GRW and for copies of presentations made at the workshop, see the workshop page. 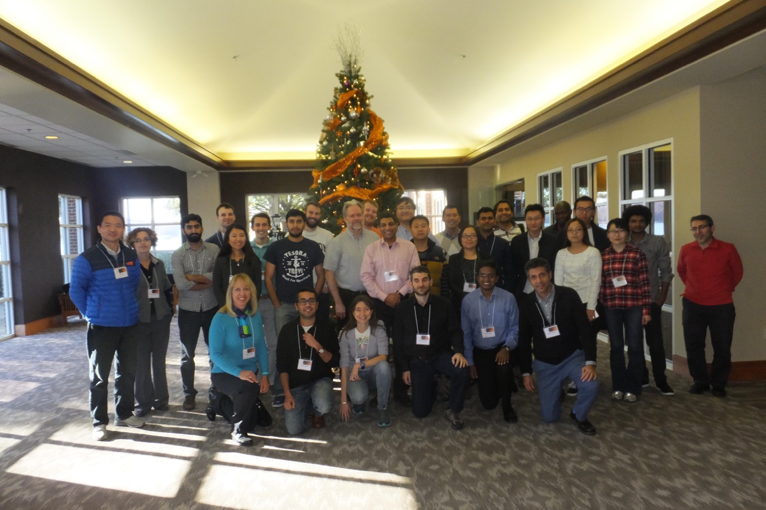