The Regional Workshop, held on Monday May 23, attracted over 40 participants, most of whom were from universities in the Boston area.  The morning of the workshop included an Introduction to GENI by Mark Berman, GENI Project Director; a talk by Russ Clark of Georgia Tech on his research on GENI including Software Defined Exchanges (SDXs); and a talk by Tilman Wolf on ChoiceNet, an economy plane for the Internet.

The afternoon consisted of two tracks of tutorials.  Violet Syrotiuk led the My First GENI Experiment tutorial, Kobus Van der Merwe and Kirk Webb delivered tutorials on CloudLab and PhantomNet, and Geddings Barrineau led an OpenFlow tutorial.  The tutorials were selected based on preferences expressed by workshop participants during registration. 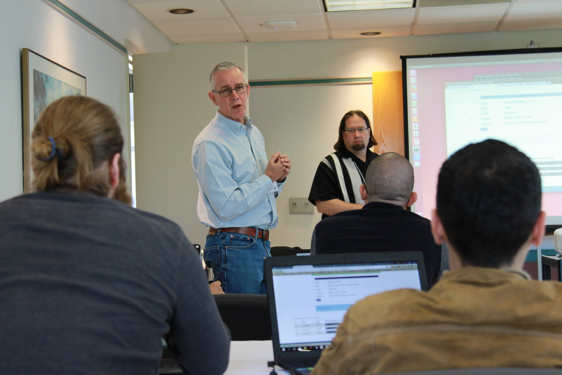 14 participants stayed the rest of the week for the summer camp. Additional tutorials were led by Steve Jarvis, Manu Gosain, Charles Carpenter, and Abraham Matta.  Summer camp participants learned to run advanced software defined and network function virtualization experiments, wireless experiments and to use tools such as GENI Desktop to instrument their experiments.   Participants formed four teams based on their research interest.  Each team defined and worked on a project during the week and did a demo and presentation on the last day of the camp.  The four projects were: 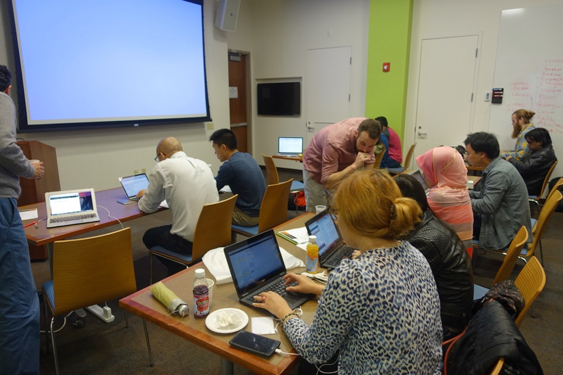 The feedback from camp participants was overwhelmingly positive.  All respondents to an online survey said the camp was well organized and met their expectations.  Coming into the camp, 80% said they have very little to no knowledge of GENI but by the end of the week 80% rated their knowledge of GENI to be high.  All respondents said they plan on using GENI for their research or teaching.  Many attendees said they would have liked more time to work on their projects.

Many thanks to Abraham Matta and the staff of the Hariri Institute at Boston University for hosting the workshop and summer camp.  Regional workshops deliver a focused introduction to GENI, using lectures and hands-on tutorials, that new users find most helpful to begin using GENI effectively in their work.  Week-long camps introduce participants to the wide range of experiments possible on GENI.  The projects at the camp help develop sufficient GENI knowledge and skills for the participants to start using it immediately for their research.

The next GENI Regional Workshop will be held in the Fall of 2016; subscribe to the geni-announce, geni-users or geni-educators mailing lists for announcements.  If you are interested in hosting a workshop or camp, please email help@geni.net.