The 25th GENI Engineering Conference (GEC), hosted by Julio Ibarra and Jason Liu of Florida International University, provided an excellent forum for the GENI community to debate and discuss future plans as the GENI project approaches a milestone management transition from the GENI Project Office at BBN Technologies to a future Tomorrow’s Internet Project Office (TIPOFF).  Over 100 participants from academia, industry and government came together to discuss: (1) Enhancements and new directions for the GENI infrastructure in order to support future needs of the networking, distributed systems and cloud computing communities and to attract research from other communities; (2) Interoperability between GENI and other US and International infrastructures; (3) GENI transition activities underway; and (4) Research and education activities currently underway on GENI.

The GEC began with a plenary session where Ken Calvert of the NSF described the NSF vision for TIPOFF and its relationship with other recent infrastructure initiatives such as PAWR; Manu Gosain, Project Director of PAWR, described the structure and plans of the new project office; and Shannon Mckeen of RENCI reported on the mission, structure and operations of the newly formed Future Cyberinfrastructure Consortium.

The plenary “Looking Ahead” session generated strong interest and conversations.  It was an opportunity for the GENI community to discuss future directions for the GENI infrastructure.  The session had two components.  The first was an international component where researchers from six different countries (Netherlands, Canada, Russia, Brazil, South Korea, and Germany) discussed their testbed plans and potential collaborations with GENI and other US testbeds. The second was on some potential improvements/new capabilities identified as high interest for GENI.  Four presentations briefly explored the capabilities and invited discussion on desirability and possible implementation. 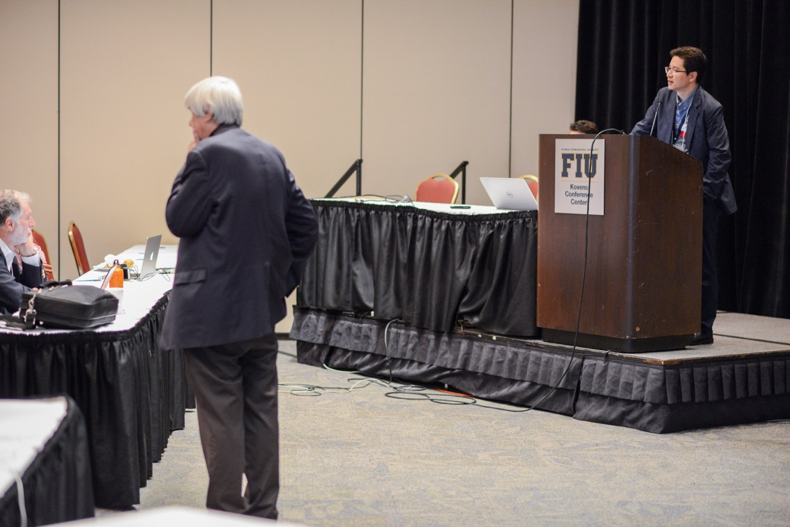 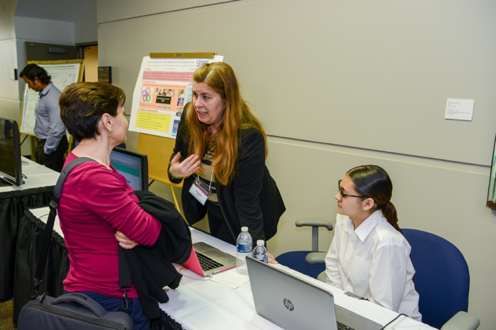 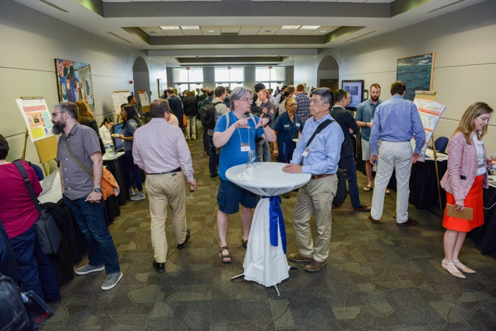 GEC participants at the demo session.

Other sessions at the GEC included ones on GENI wireless deployments; experience reports from instructors and students who have used GENI for course assignments; presentations by researchers on their on-going work on GENI; and a developer roundtable session where GENI software transition and extensions to the aggregate manager and clearinghouse APIs were discussed.

Many thanks to Julio Ibarra, Jason Liu, Heidi Morgan, Vasilka Chergarova and the staff at the FIU Kovens Center for helping make this conference a success.

Please see: http://groups.geni.net/geni/wiki/GEC25Agenda for the conference agenda and copies of presentations, https://www.flickr.com/gp/130699296@N05/zBP45e for photographs from the conference and https://www.youtube.com/playlist?list=PLqEq6vGwyln-hBkpka-UqL2DQfuUPID-k for video recordings of the plenary sessions.